How To Stop Premature Ejaculation

Premature ejaculation or PE is an embarrassing and humiliating sexual disorder. It is characterized by the temporary or long term inability to control ejaculation or put more simply ejaculating before you or your partner is ready. Premature ejaculation is the most common sexual dysfunction suffered by men, it mainly affects men under the age of 40 and approximately 40-60% of the male population.

Most men will occasionally ejaculate a bit sooner then they would like, this is normal and shouldn't really be a concern. However premature ejaculation becomes a problem when it starts to happen more often then not. Premature ejaculation affects the sexual and emotional well being of not just the man who suffers from it but also their partner. Over time this can lead to tension between couples or even breakdown of the relationship. Sex is a big part of a relationship and many men who suffer from premature ejaculation worry that if they can't keep their partner satisfied they may look for someone who can, which just makes the problem worse.

What are the causes of premature ejaculation?

Even though premature ejaculation is such a common sexual dysfunction and easily treatable, only a small percentage of men actually seek help. This is mainly because men are afraid of being perceived as weak or somehow less of a man. But with the treatments available today there is no need to suffer any longer.

How can I stop premature ejaculation?

Treatments for premature ejaculation mainly focus on gradually improving stimulation control through various exercise techniques and medications that help delay ejaculation. Exercises such as kegels have been proven to strengthen the muscles that control ejaculation. Sexual techniques such as the "start & stop technique" can, with the help of their partners gradually help men get used to the sensations by stopping when they near the point of ejaculation and pausing till the sensations subside then resuming.

The most common prescribed medications for treating premature ejaculation are known as SSRIs or "selective serotonin re-uptake inhibitors". These medicines are typically used for treating depression but as a side effect cause delayed ejaculation. Because these medications also have other side effects you required in Australia to have a prescription from a GP who can look at other health factors that may need to be taken into consideration.

The ProExtender System can help you last longer by strengthening your penis and the muscles that control ejaculation. Within in weeks you will be a better and more confident lover with a bigger, harder and stronger penis. End premature ejaculation for good! 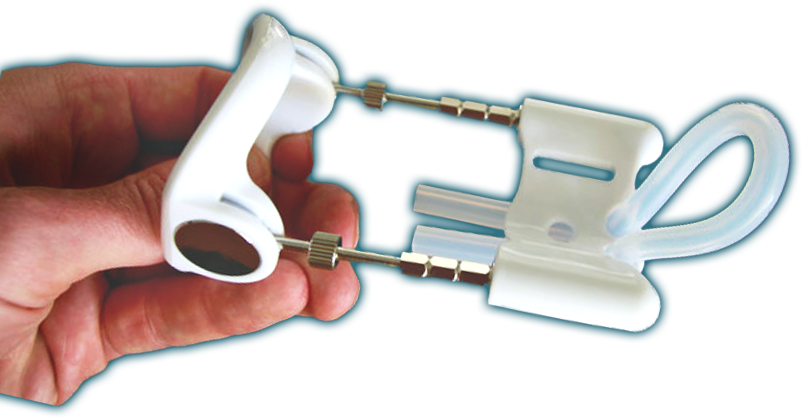